On this page, you will find some examples of the types of work performed by Abseil Access. This is by no means an exhaustive list but it should give you a good idea about what we have achieved in the past and what is possible in the future.

Coca-Cola Sign, Kings Cross, Sydney: Abseil Access were proud to be part of the replacement of the iconic Coke neon sign at Sydney's William Street. This was a major collaborative project and Abseil Access team installed the new Coke sign which is now the single largest controllable LED sign in the Southern Hemisphere. Abseil Access were proud to safely and efficiently manage the removal of the original Coca-Cola letters, which were each auctioned by Coca-Cola to raise funds for the Wayside Chapel Sydney. 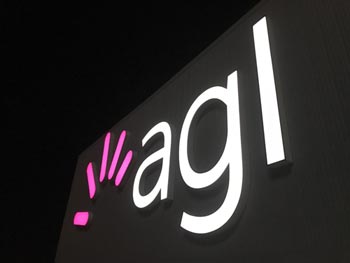 The Abseil Access team was awarded the task of rebranding the AGL signage in North Sydney. This involved safely removing hundreds of neon tubes and over 900kg of aluminium letters for recycling. The façade received a new paintjob before the new letters and changed logo could be installed. This job required extensive data wiring and the team worked efficiently to keep ahead of the completion date. 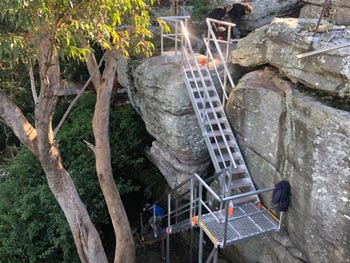 Abseil access were contacted to provide waterfront access to a property. The team installed a SAYFA KOMBI aluminium access system chosen because of it’s robustness and resistance to corrosion (being so close to water). The 3-dimensional nature of the cliff face made this a complex build. The team using their height safety experience and carpentry skills installed this functional access system. The client was very pleased to be able to safely access his favourite fishing spot again. 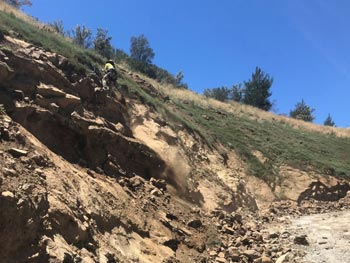 Abseil access assisted in the clearing and stabilisation of slopes for a water utilities centre Rope access was the preferred method due to the rugged terrain and the work areas being out of reach from the large earthmoving equipment. The team were able to efficiently access the slope and clear and stabilise the work areas. 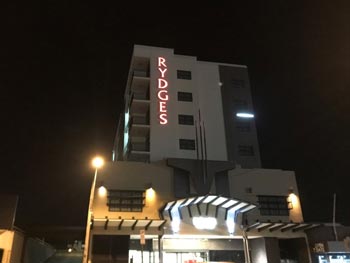 Abseil Access were contracted for the rebranding of the Rydges Hotel in Mackay, Queensland. The stripping, removal of the existing lightbox, installation of new letters and painting was completed safely and to the highest standard. The team worked within tight time-frames to ensure minimal disruption to the clients. 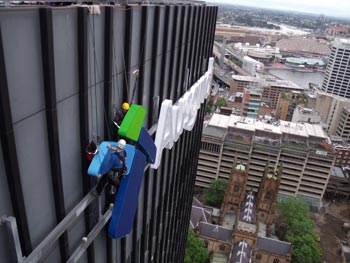 Ausgrid Sydney: Abseil Access completed the installation of Ausgrid Signage in the busy CBD of Sydney. The team ensured that there was minimal disruption to the building occupants and traffic flow during the installation. 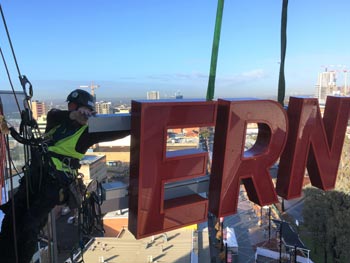 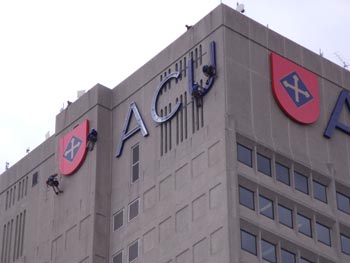 Abseil Access completed the large- scale signage installation for the Australian Catholic University, Sydney. Industrial rope access and rigging methods were used to safety and efficiently install the large letters and logo for the new signage. 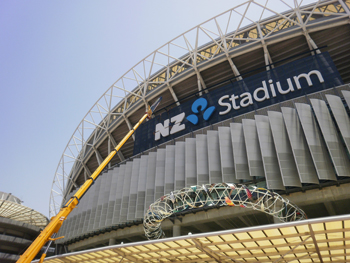 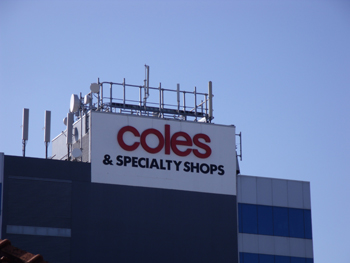 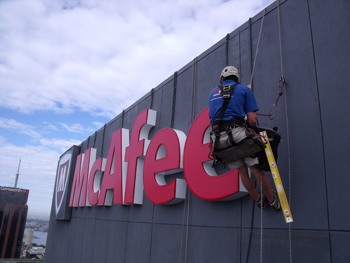 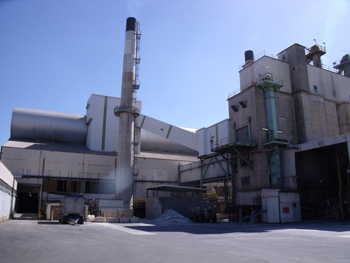 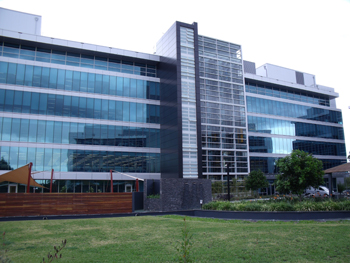 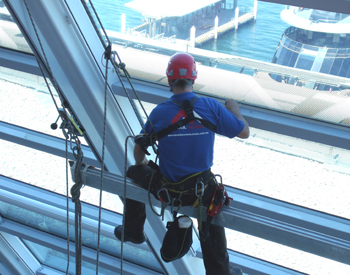 Abseil Access changed out glazing panels prior to the completion of construction. The team used complex rope access and rigging methods to complete the project,removing the need for invasive access equipment and disruption on-site. 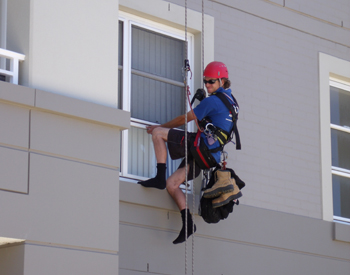 Abseil Access were contracted to carry out an inspection of building façades. The inspection was carried out over several days testing all areas of the structure. Over 100 photos were taken of suspect locations and an extensive report prepared for the client. The findings of the report enabled the client to raise awareness of the significant damage to the building and initiate repairs. 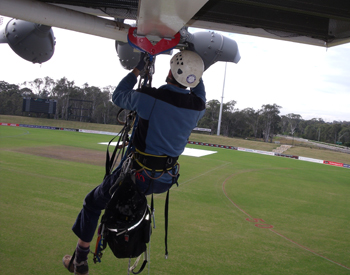 Abseil Access completed the cleaning of the flange beams prior to the installation of bird proofing. This was carried out using both rope access techniques and aid climbing along the flange beams. 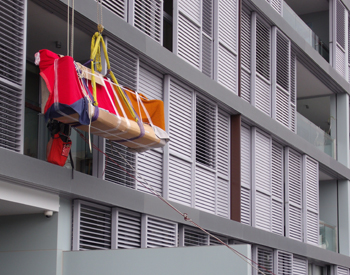 Upon completion of construction of a residential building, it was discovered that the elevator was too small to accommodate items of furniture belonging to the new occupants. Abseil Access successfully and safely lifted multiple household items up the fragile façade of the building and manoeuvre them into position. 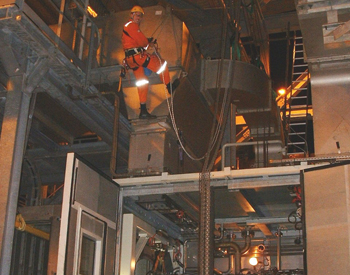 The team at Abseil Access undertook multiple tasks at Darwin LNG plant using industrial rope access and rigging methods. These highly successful operations were carried out under the highest safety standards expected on refinery sites. Minimal or no disruption was caused to surrounding works which saved the client significantly economically. 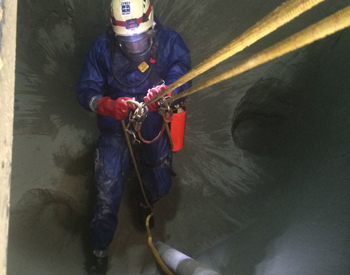 Abseil Access carried out a delicate painting job inside an office building atrium. Care was taken to protect sensitive art instillations below the work area. Disruption to the building occupants was minimal.

Abseil Access worked with residential clients who had a defective downpipe which was causing water damage to surrounding units. The problem had been on-going for several months the Abseil Access team were able to successfully remove and replace the faulty pipe in a single days work, much to the relief of the residents affected.

Abseil Access is a well-established and high-performing team of dedicated Rope Access specialists based in Sydney, NSW. We have completed projects for our clients across Australia.

The Team at Abseil Access are professionals who take their chosen occupation very seriously and have a strong passion for excellence. Learn More